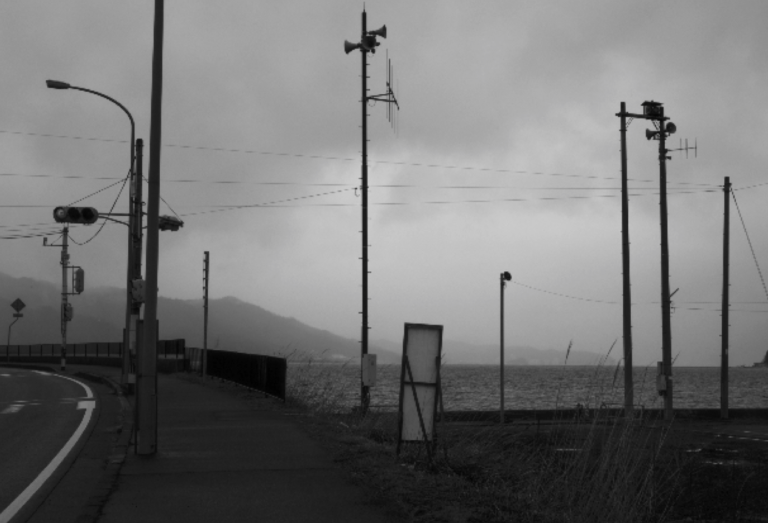 Roland Barthes: ‘After an extrapleural pneumothorax operation, the removed section of rib was returned to me by the hospital. Often I have toyed with flinging the rib–chop from my balcony, as though romantically scattering my own ashes into the river. I like to imagine this bone sallowed by the water, coughed up by the currents, resting in the lilac riverside silt. To generate, then, by accretion, a calcine of memory, through writing fiction, and then to discard this, as a preparation for death.’

This version of the poem happened because I couldn’t bear remembering any longer.

Ever since drying out, at an anexo in Veracruz, sometime in 2014, the notion of remembering had seemed suspect to me. Anexos are semi-improvised drying-out clinics, usually in places that are so rustic and isolated that addicts can’t do anything but sit out their own withdrawal. This one was somewhere high in the mandarin-groves covering the hillsides outside Papantla, with only a couple of wire-framed beds in the wreck of a Pemex oil-workers’ complex. To get there I’d had to drive with one hand over my eye to prevent double vision, over a road so thick with fallen mangos that the tyres had gone pop–pop–pop over the fruit, and dragged their mash across the gravel. A fire in the late ‘50s had almost entirely destroyed the place, leaving only rusted spigots, half-collapsed chunks of wall, concrete scree, everything like that. It was as destroyed as I felt at that time, but that didn’t stimulate me into writing down the ‘unflinching and comprehensive moral inventory’ that constitutes the fourth step of Narcotics Anonymous. Writers’ block had never been a problem for me, because, for a long time, for me, it had been either write or go without drinking. This, though, was something I just couldn’t bring myself to write. From when my alarm went at four forty-five a.m. to bedtime at eight-thirty, I’d just sit there on the edge of my bed, practically vibrating from withdrawal, every breath bathwater-warm, my back a river of sweat. The spiral notebook spread on my lap looked like a frozen lake. All I could do was sit there, itching, my leg jogging, the nib of my pen rapping the page, leaving little ink dings like comets. There was at once far too much to remember and absolutely nothing at all. My sponsor had come with me. When he saw how I was killing the days, he told me about his own bad days. He’d been a soldier in Juárez, during the bad years. He told me how one night he’d been caught in his room at the barracks, with a tan horn of his own shit bagged in his underwear. He told me how his own chewmarks had glistened on the end of the turd. He told me that he’d been unable to handle any more of him falling apart than he’d lost already, and that even taking a shit had made him feel like he was dissolving. Then he had tapped the page and said not writing down everything I had in my head was like eating my own shit. He told me that the best way to forget everything was to write it all down. Crickets shirred in the humid green nowhere. An oil-turbine burner roared, the flame ten feet tall above its derrick. For a while I listened to all that. Then I did as I was told. But that wasn’t the most important thing to happen that day. The most important thing was deciding to press DELETE on everything else, deciding that forgetting and destruction had to be a prolegomenon to all future living and writing. 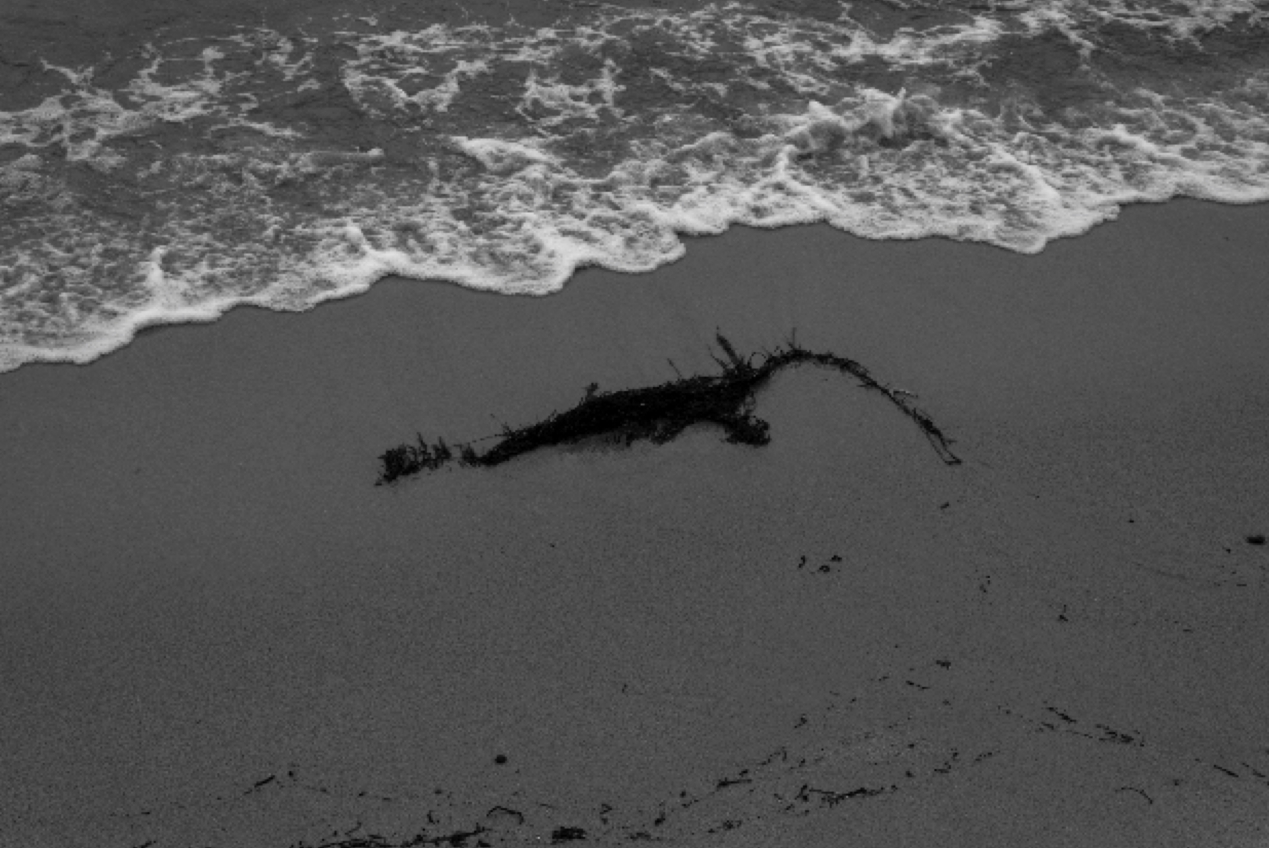 After my trip to Córdoba, when I had discovered a notebook containing frightening reminders of my own past, I had conceived a plan on what to do with all of the other notebooks accumulated and filled over the course of a decade’s worth of birthday presents. First, I would cut the notebooks up with a serrated knife, shred the individual pages, and drive to the coast of Veracruz. Next, I would walk about four waves into the sea and let the ribbons of paper skite through my fingers like eels. Back on the shore, I would take the emptied hulls of the notebooks and bury them in sand, or fling them into the valley which lined the highway all the way home to Mexico City, imagine the white pages darkening and mulching around the bases of the fir-trees that grew on the long sloped way into nothing, until the black-ink cursive came to look like the crushed hulls of sycamore seeds. Unfortunately, while I was out there, the sea had risen to cover the roads out of the village I had decided to stay in in. When the waves dropped, weeks later, the road was a scrim of broken shells, dried salt, bossy stones, meaning that, by the time the road cleared, the fogs which shrouded the valley would be gone, and the impression of throwing my notebooks into an empty nowhere would be destroyed. Instead I wrote to a photographer friend and suggested she take the shredded pages and make something out of them. Being between projects, and feeling depleted after months of purely commercial work, she agreed.

‘Daddy issues,’ I said, when she asked me what the notes were about, on her arrival at my apartment.

‘Heavy,’ she said, nudging the bag with her foot.

For a few weeks, I brought and destroyed more old notebooks for my friend. Gradually, a city rose under a lean-to I had built on my terrace. The buildings were made out of layers of pages arranged vertically and horizontally, so that they resembled the empty sockets of concrete towers which had been blasted or ruined in some way. Other pages she would allow to pulp in a bucket left out to fill with rain, before troweling up the mulch and pasting them flat to look like a beach. The sea had been composed out of torn strips of the notebooks’ black, waterproof covers, with crumpled pages for waves. While we worked, her cat would nest in the shreds. During breaks, on sunny afternoons, I’d go up to my terrace, sit on a plastic chair with a Corona beer decal peeling from the back, scribbling out lines from the first version of ‘Found Poem’, until nothing more could be taken away, and the printout became as seamed and crinkled as ageing skin. 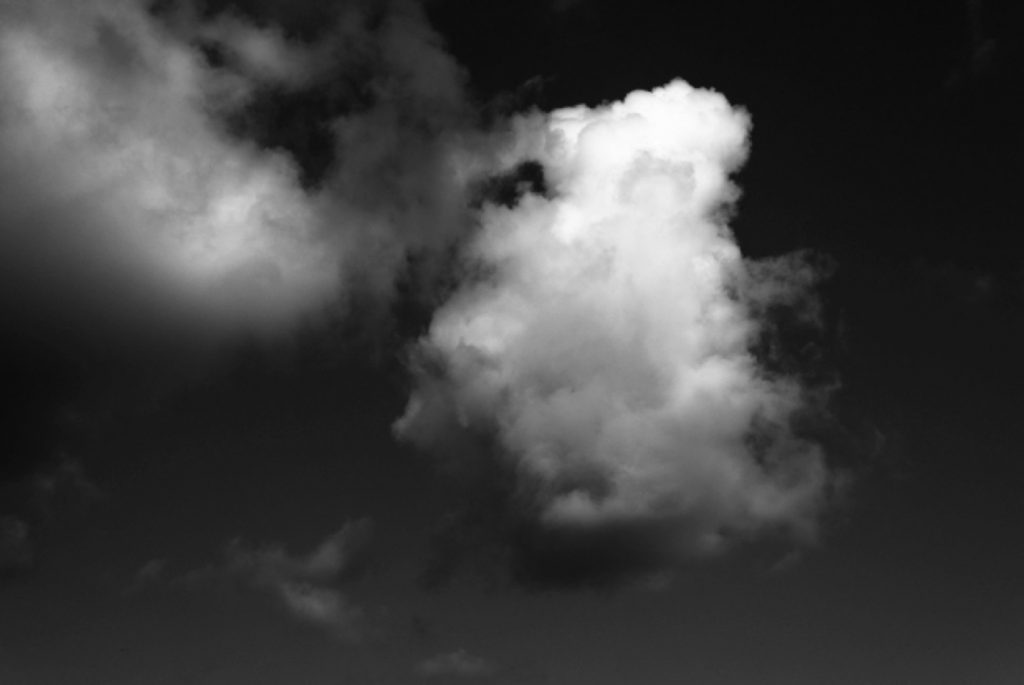 II. FIRST VERSION  This version of the poem happened because I am unprofessional. By April 2015 I had a pile of empty, thirteen-quid Moleskines given to me for ten successive birthdays. As such, I never bought notebooks, and grabbed one at random from the pile...

This version happened because where I live now, there’s no fog: just particles of air-pollution, car-exhaust, scorched proteins from the taco-stands. The rain brings a sea-spray effect, certainly, but for the most part I’m living in a parodic, overheated version of...