The following creative-critical exercise is intended to explore the way in which distinctive historical and personal attitudes to nature are registered in the forms and subgenres of nature writing. What freight of value-judgements accompanies the decision to adopt a particular aesthetic form when writing about a particular place, or species, or environmental issue? What are the forms, or aesthetic categories, of nature writing? How far is an author’s use of an aesthetic category normative – evidence of an unconscious, ideological bias – and how far is it subversive and self-reflexive? Do they push against the category to register a fresh way of relating to the world around them? This requires us to think carefully about the forms and subgenres of nature writing as both creative and critical writing, reflecting on the connotations they carry, the ways in which they frame and articulate their subject for the reader. 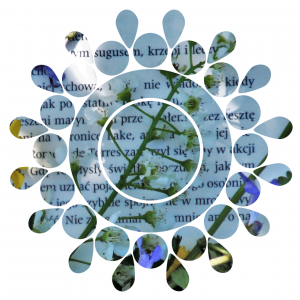 The following conundrum is put to us by Timothy Clark as a way of drawing attention to the very words on the page rather than the object being described.

In the following piece of prose Mark Cocker offers an account of the flower of a variety of Arum (Arum maculatum) also know in Britain as Cuckoo Pint. Two questions suggest themselves, one of which will be left to the end. The first is: in what ways would this passage lose effect, quality and interest if no such plant existed and Cocker had invented the whole thing?

This bizarre and gloriously uninhibited bloom consists of two parts. The outer portion, known as the spathe, is like a narrow-waisted vase widening towards the brim, where the upper lip curls in upon itself to form a shallow hood. From within this sheath rises a swollen spike, purplish chocolate in colour, known as the spadix. These two parts have a function that is as complex as their structure. Spring insects are attracted by the smell of rotting flesh produced by the spadix and tumble into the sheer-sided spathe, where they become trapped by a series of downward-pointing hairs. If they are carrying pollen, then they fertilize the female flowers lying at the base of the structure, and when this takes place the male stamens mature, releasing their own pollen on to the insect, while the imprisoning hairs shrivel to allow its eventual escape.

A second question would be: in what ways would this passage gain in effect, quality and interest if no such plant existed and Cocker had invented the whole thing?

Timothy Clark, The Cambridge Introduction to Literature and the Environment. CUP, 2011, p.44-5.

Try and answer both of Clark’s questions here. What different consequences do the different answers lead us to?

Too often we tend to think of nature writing as just being ‘about’ nature. Critics shy away from talking about it as a form made of language, made of various tangled forms and subgenres. At best, reviews will comment on the ‘lyricism’, or the ‘poetry’, of the prose and this has, in fact, led to a backlash against ‘bad’ nature writing for being overly ‘literary’ (Richard Smyth). But the ‘literary’ has become something of a straw dog here, associated with a rather anaemic version of Wordsworthian pastoral when it might equally have brought to mind Shakespearean wit, or Joycean ambiguities. Rather than cowing to those critics who would have nature writing retreat back into the certainties of scientific knowledge (the Etonian James Fisher is usually invoked), perhaps we could think a little more carefully about the variety of forms beyond the ‘lyrical’ that ‘literary’ nature writing might have. How might an author work within one of the following in thought-provoking ways? 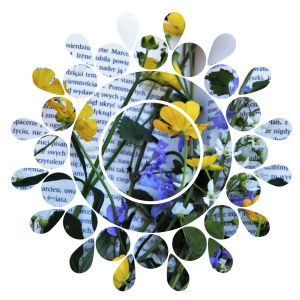 A Taxonomy of Nature Writing Forms

The Naturalist’s Journal: (e.g. Gilbert White, The Natural History of Selborne, 1789, although this is complicated by being epistolary too). Usually published in the form of a book about ‘A Year in the Woods/Country/Field/Seashore etc’. Characterised by scientific description; seasonal observations; sense of curiosity and wonder.

The Ramble, or Excursion Narrative: (e.g. Henry David Thoreau, Ktaadn, 1848). A narrative account of one continuous journey taken, usually published as an essay. Characterised by a sense of anticipation, a moment of revelation, realisation and the ensuing change in the mind/spirit.

The Country diary: (e.g. Mark Cocker, selected newspaper columns in Claxton, 2015). A short account of an experience with nature/wildlife rarely more than a page or two in length directed to a newspaper audience as a regular column. Characterised by a moment of intensity, beauty, surprise, often connecting the author (and the newspaper reader vicariously) to a change in the seasons or some aspect of farming/rural life.

The Record of Rural Life: (e.g. George Ewart Evans, The Pattern Beneath the Plough, 1966). Two types: 1. a book length study of rural customs and traditions often framed as an attempt to ‘write them down before they are lost’; 2. a shorter essay attempting to register the way rural life is changing under the heel of modernity, challenging urban readers for being out of step with such changes.

This list is an abridged and significantly adapted version given in/inspired by Thomas J. Lyon, (ed.) This Incomparable Land: A Book of American Nature Writing. Boston, MA: Houghton Mifflin, 1989.

There are many, many more that might have been mentioned but these are fairly familiar, classic forms. With a sense of what the author today inherits, then, next we might begin to speculate about how such forms will register now, or even in future. Could we use such forms to explore contemporary anxieties about the future, about the changing nature of our precarious relationship with wildlife and natural systems?

In many ways, inheriting a form such as these always smacks of anachronism anyway and is often used for such deliberate effect. Robert Macfarlane’s adoption of the mode of a wilderness pilgrimage (related to the excursion narrative) in The Wild Places is an act of defiance against contemporary ‘road atlas Britiain’. Kathleen Jamie sets up a similar motif only to puncture it with suspicion in her essay ‘Three Ways of Looking at St Kilda’ (Sightlines) (two ‘ways’ are called off by bad weather and one ends in disappointment). In The Unofficial Countryside Richard Mabey adopts a pastoral mode to surprising and cunning effect in using a seasonal naturalist’s journal to explore the feral nooks and crannies of London’s inner city edgelands. Far from a narrative of loss and victimhood, what emerges is a revelation about the tenacity and resourcefulness of modern wildlife. These authors seem aware of the anachronisms at work in their deployment of specific forms to speak to a specific historical moment. They are putting these things in dialogue. 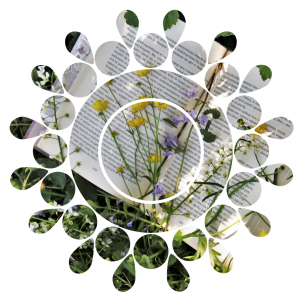 Have a read of the three examples, or scenarios, below. They are clipped and abridged from a series of papers published by a group of conservation biologists who gather every year to make predictions about what significant issues are on the horizon for the global environment. Pick one, and then look back at the forms above and think about how you might explore your chosen issue in an inherited nature writing form.

The use of micro unmanned aerial vehicles (drones) in forest conservation has grown over the past few years. Their potential uses include species surveys, land-cover mapping, and patrolling of illegal activities [46] (http://www.conservationdrones.org). […] The drones could also be used for targeted spraying of herbicides.

Use of managed bees as transporters to deliver microbiological control agents (i.e., bacteria, viruses, or fungi) directly to the flowers of agricultural plants is emerging as a method for crop protection. […] At least one company is marketing this technology, in which individual bees pick up the control agents by walking through a patch of powder as they leave their colony to forage.

Public and scientific awareness of consciousness in animals is growing, as is the literature on sentience and welfare of vertebrates and invertebrates. This awareness is reflected in pressure to change the legal status and associated rights of some animal species and recently inspired lawsuits to recognise captive chimpanzees as legal persons.

These examples have been chosen, not because they present dystopian or utopian visions of the future, but because the scenarios they present are ambiguous. You might think of your speculative nature writing as a form of literary prototyping for possible futures.